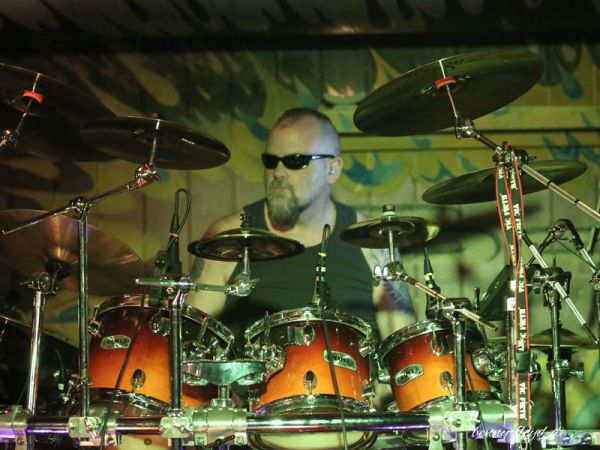 Bill Hall was born and raised in Fredericksburg, Virginia in 1968.

After several failed attempts as a preteen with instruments such as piano, clarinet and guitar, Bill became interested in drums and played along to the radio using couch pillows and Tupperware bowls to emulate actual drums. When his parents realized this was a real interest they bought him a box of used drum parts from a flea market. With some hillbilly ingenuity and duct tape, Bill made a drum set out of the spare parts and began to practice to his favorites at the time; Journey, Rush, Boston, Led Zeppelin etc. 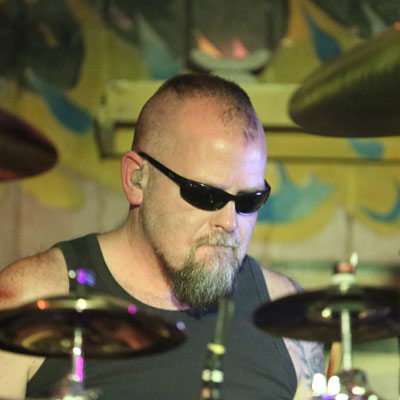 He played music together with friends at school, was active in his local church band, and played briefly in a country band called the Country Cavaliers. He joined the military at 18 and moved to Germany where he still resides with his wife Angelika and their two dogs; Fly (black lab) and Clyde (Border collie).

Having failed several times at reading music, Bill chose percussion because it is not necessary to read music to play drums. An avid improviser and with above average percussive prowess, Bill pulls from his "bag of tricks" and comes up with snappy and sometimes complex rhythms that take the already catchy songs to the next level.

"All the world's indeed a stage and we are merely players" William Shakespeare, Neil Peart