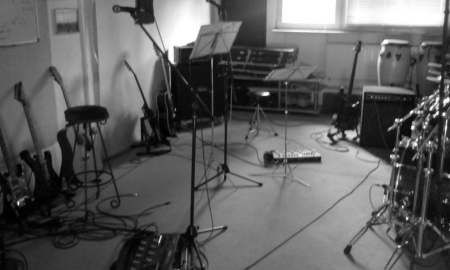 SKIMM started like many other bands… A few guys getting together on a Friday night and making as much noise as possible while drinking as many beers as each could put down. Three of its members had been long time friends since childhood. Ike, Kai, and Michel and numerous different guitarists had a normal jam session every weekend in the Rhineland Pfalz. They jokingly called themselves the “Backhouse Band” as a reference to the practice room located in the backyard of the main house of Kai and Ike whose houses are both on the same compound. A beginning guitarist, Mike eventually joined their jam sessions and started to learn how to play at a pretty rapid pace. Mike and Scott work for the same company, and Scott invited Mike over to his house to take guitar lessons. After a few sessions, Mike told Scott that he should come by and check out his friends that he plays with and jam with them. Scott accepted this offer and met the rest of the guys for the first time in January 2011. After many months of just basically goofing off and having a good time, the idea was brought up that a band should be formed. Scott, having had quite a bit of past band experience, explained to the rest of the band how difficult of a journey forming a band, performing, and keeping the machine rolling can be. For those that know, it is not easy to write original songs, practice often, keep people’s egos in check, and be successful.

Once it was decided by all that the challenge was one worth accepting, Scott began to write some fairly easy songs that would be used to bring the band together. Even though the songs were basic tunes, they were well received by the circle of friends and family associated with the band. The name SKIMM was thought up as the band’s name, by using the first initial of everybody’s name (Scott, Kai, Ike, Michel, Mike). Original name, original songs, and a different sound… A band was formed. Things seemed to be going well for SKIMM when an illness put the band back a bit. The drummer Kai had a serious shoulder injury and could not use his right arm. Other “guest” drummers were brought in, and new songs were written, but the progress was slow. The healing process took almost 2 years. Frustrations were high, and Ike decided to take a break from the band for a few months. Shortly after his return, another bombshell was dropped… Michel (bass) was leaving the band to move to Bavaria. Luckily a friend of the band named Sascha was available to step right in. It took a few months for him to effectively learn all of the songs, but he accomplished his goal in a relatively fast manner. SKIMM was back in business. At this time, it was agreed upon that in order to move forward, a demo cd would have to be created to get the music out to the masses. Scott produced, mixed, and mastered the first ever SKIMM cd, Desert which was released in the summer of 2015. In April 2016, Kai decided that he no longer wanted to play in the band. Luckily for the band, one of their friends Bill said he was willing to step up and sit behind the kit. Because Bill has a much different style than Kai does, the sound of SKIMM changed drastically. A more refined, dynamic and heavier sounding SKIMM emerged in the later part of 2016. The band is once again actively playing gigs and will be releasing tracks to the public in 2017. Well rehearsed, polished and more motivated than ever, SKIMM is ready to unleash on the world their brand of music. As Scott puts it, these are all just love songs. Not to be pigeonholed in a certain genre of music, Scott prefers to call SKIMM by a new genre: 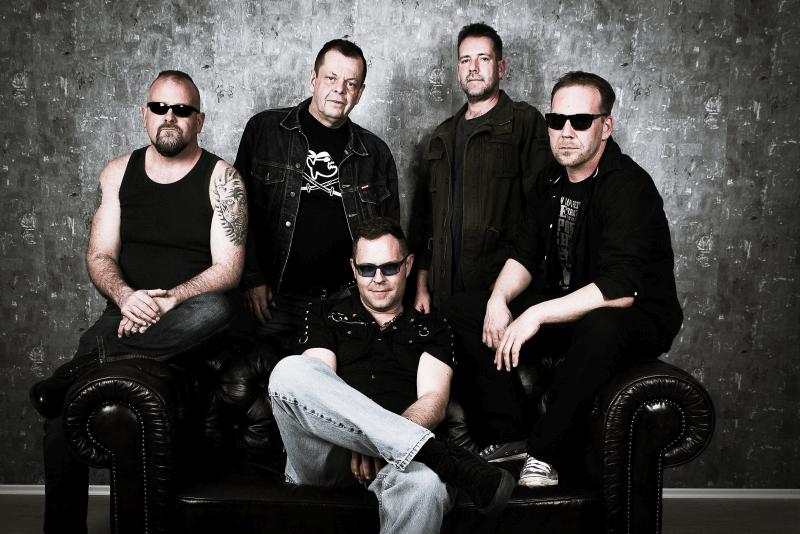